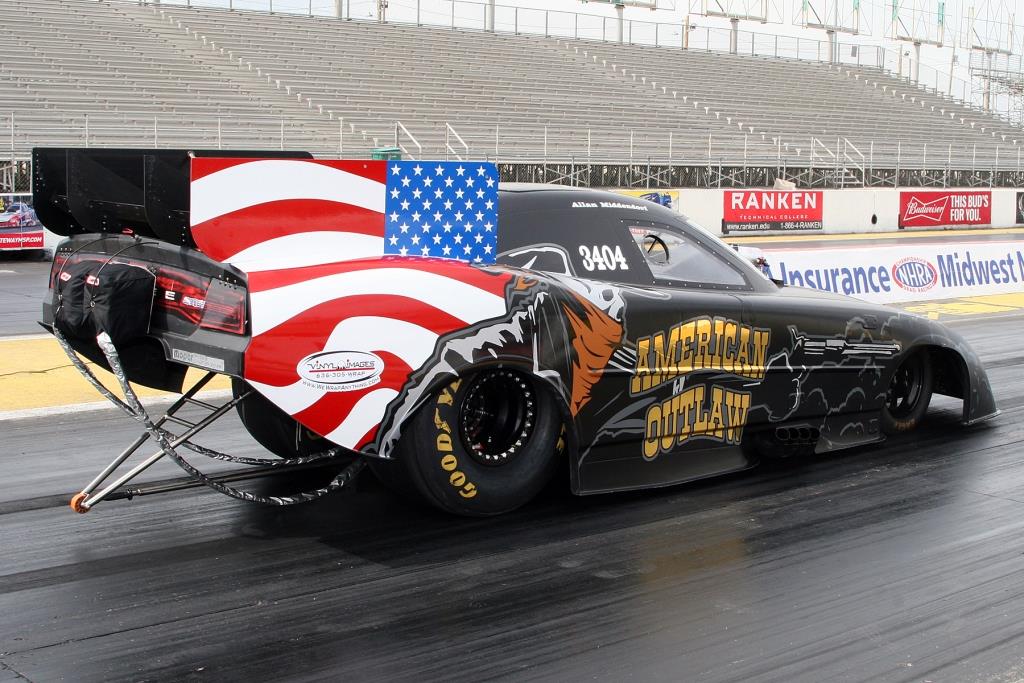 Columbia, IL (March 27, 2019) – Nitro Funny Car owner and driver Allan Middendorf will debut his newly designed American Outlaw this weekend at Funny Car Chaos at North Star Dragway in Denton, TX. He teamed up with Vinyl Images & Design out of Fenton, MO to create this stunning new look. It was not an easy project, but the owner and designers were up to the challenge.

“I’ve been doing this for 18 years, and this is the most intense wrap I have ever done,” said Vinyl Images & Design owner and President, John Duever. “We used 10 different Avery Dennison supreme wrap films on the body. I put my heart and soul into this car; I personally did the install myself. It took around 23 hours to finish it all up.”

Allan Middendorf has spent the last three years putting together his Funny Car operation. He branded his car the American Outlaw; a name he feels fits him well.

“I’m in the trucking business and guys used to call me outlaw, because I run hard and run loud, and I thought you know – I’m kind of a patriotic guy; everybody loves the United States. And I thought everyone loves a little outlaw once in a while, so the name just kind of popped in our head,” Middendorf said. “John (Duever) would not let me see the wrapped car until it was done. When I finally saw the finished product, you could not wipe the smile off my face. I was hugging everyone around me.”

Going with the American Outlaw theme, the vision of what fans will see on the track this weekend was a middle of the night inspiration from Duever.

“At 3:30 in the morning I woke up with this vision of what I wanted and brought it to my designers. When you hear American Outlaw you think the Wild West, skulls and Jessie James. I also wanted the American flag to pop,” Duever said. “My designers Shawn Stein and Jeff Richter just nailed it. They brought my idea to life.”

Middendorf and crew chief Jake Sanders have spent the past few months getting ready for the first Funny Car Chaos of the year. Over the winter he brought in new crew members and changed to a five disc clutch system. 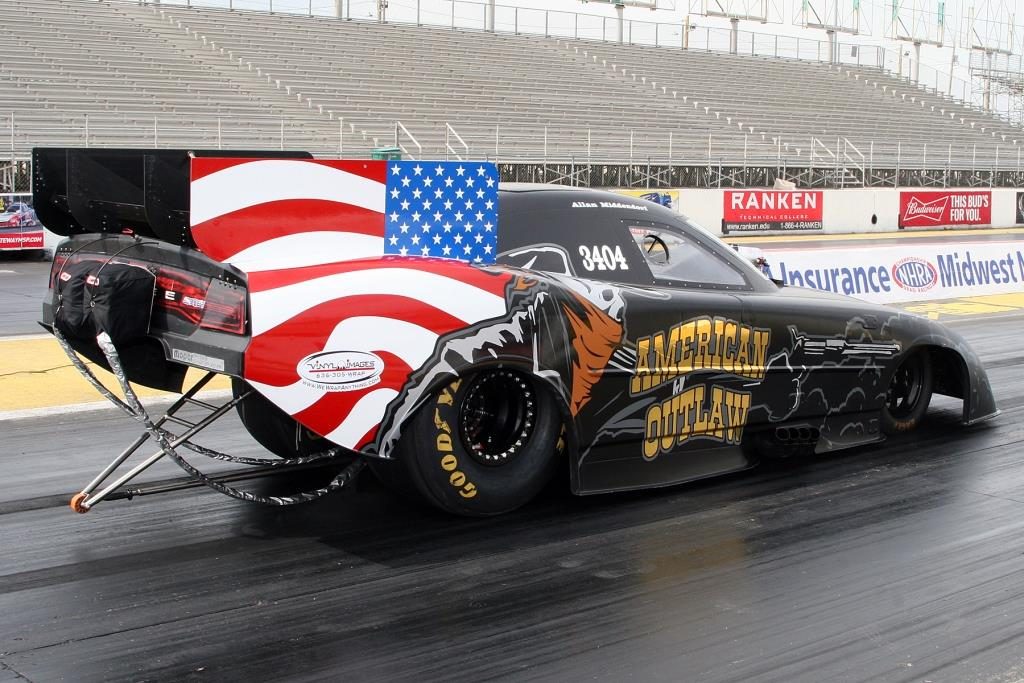