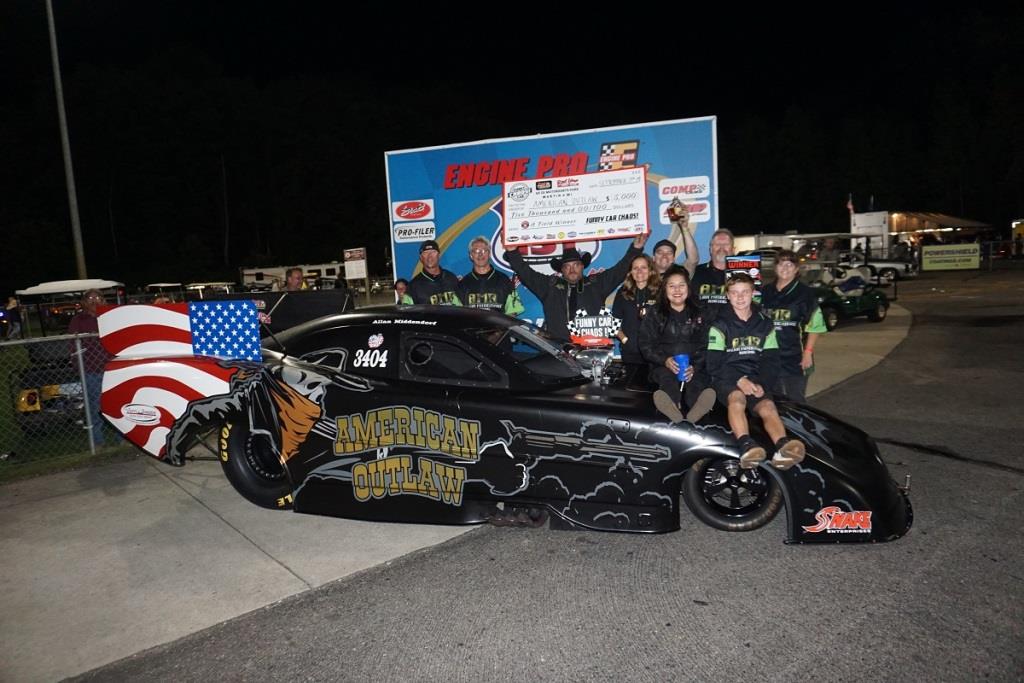 Martin, MI (September 9, 2019) – Allan Middendorf won his second Funny Car Chaos race of 2019 at US 131 Motorsports Park this past weekend. In the process of going rounds and taking the trophy, he also reset the series elapsed time and speed records. 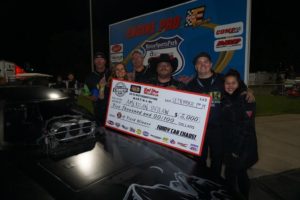 “This was just an unbelievable weekend. To win my second Funny Car Chaos race of the season as a team owner and driver is just surreal. And to also set the speed and elapsed records just made it even better,” said Middendorf. “I have the best crew. Jake Sanders is skilled at what he does and the race car he has given me is beyond what I ever imaged. My other guys, Tom and Jim, come in on race weekends and work their tails off. My girlfriend Doni works on the car, among the many jobs she does to keep the team going. Jake’s girlfriend, Katie, also helps out on several weekends. I sincerely believe I have the best crew out there.”

Rain on Friday gave race teams only one chance to qualify. With that one pass, Middendorf drove his American Outlaw Funny Car to the No.1 qualifying spot with a 3.7381 at 213.57 mph.

“Since we only had one chance to qualify, we tried to make a conservative run. We had been having clutch issues, but we were confident coming into this race that we had fixed it. We were hoping for the best and it really worked out. I was stoked because being at the top of the qualifying ladder brings more bonus points,” explained Middendorf. 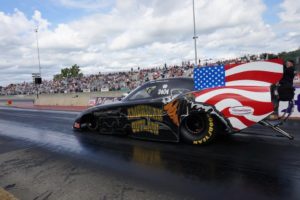 “When I would climb out of the car at the end of the runs, I had no idea what was going on or what I ran. I had a pretty good idea I had done well when the crew came to get me honking the horn, screaming and punching their fists in the air,” Middendorf said. “To break the record once was cool. To reset it multiple times in once race was like winning the lottery.”

In the finals Middendorf defeated Ken Singleton and once again, reset the speed record with a 222.99 run with an elapsed time of 3.6162.

“You know, you go to the race to get results and win, but to see the fans all standing, clapping and cheering for me… That just blew me away,” Middendorf said.”I can’t thank my sponsors enough for believing in me: Vinyl Images, Torco, Truck Insurance Specialists and Snake Enterprises.”

With Middendorf’s win in Michigan, he moved up the Funny Car Chaos points ladder. He currently sits in fourth place, with a chance to win the championship at North Star Dragway on September 26th and 27th. 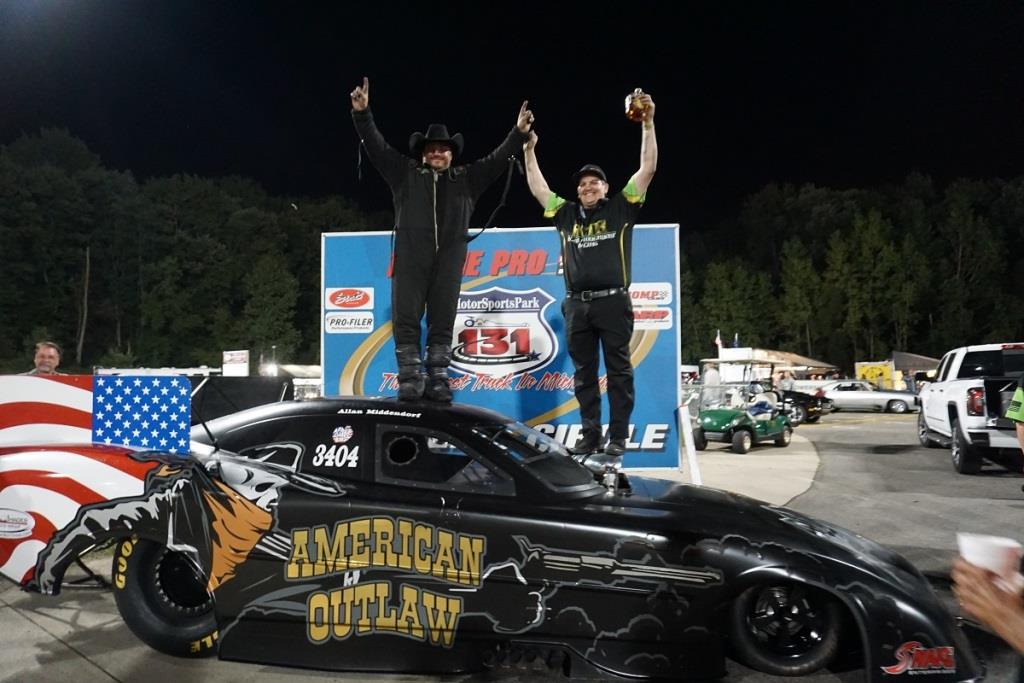