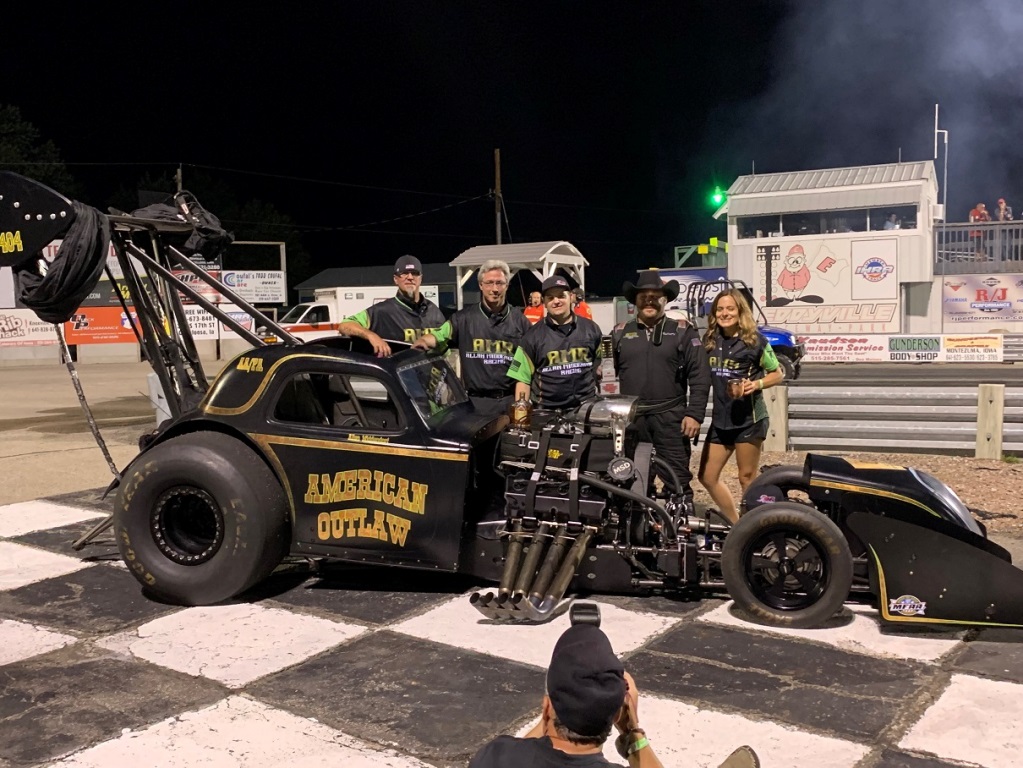 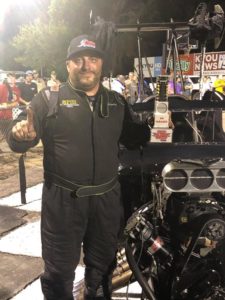 “I was pretty excited. I was honking the horn and screaming all the way to the Winner’s Circle so everyone probably thinks I’m crazy, but it’s a good feeling,” said Middendorf “I won back here in 2012 as a driver. I won it this year as an owner AND driver which is pretty cool. I never would have guessed it.”

Getting to the Winner’s Circle was not an easy road for Middendorf. The team struggled with clutch issues during qualifying, but he credits crew chief Jake Sanders with getting it straightened out. 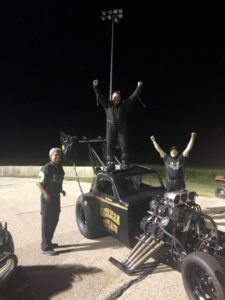 “The first round we struggled a little bit with the clutch again. I pedaled it, but got the round win,” Middendorf said. “Second round, won it on a whole shot. We kept making some changes. Final round, went 3.90 at 188 mph. I did click it a little early. The car probably would have gone a mid-80 had I not clicked it early.”

Middendorf is having a quite a successful season so far. He was No.1 qualifier and won Funny Car Chaos in Denton, Texas in March. He was also the No.1 qualifier at Funny Car Chaos in Havana, Illinois and currently holds the series elapsed time record with a 3.59. In July Middendorf set the National Speed record for a Fuel Altered in the 1/8 mile with a run of 227.50 mph at Martin, Michigan.

“Hats off to my entire crew. They do a hell of job and work their butts off to give me a great car and get me the win. I’m always learning as a driver to try and do better for the team,” Middendorf said. “I also want to thank my sponsors: Vinyl Images & Design, Truck Insurance Specialists, Torco Advanced Lubricants and Snake Enterprises.”

Next up for Allan Middendorf Racing is the Funny Car Chaos race at U.S. 131 Motorsports Park on September 6 & 7. Middendorf currently sits No.7 in points, even after missing two events. 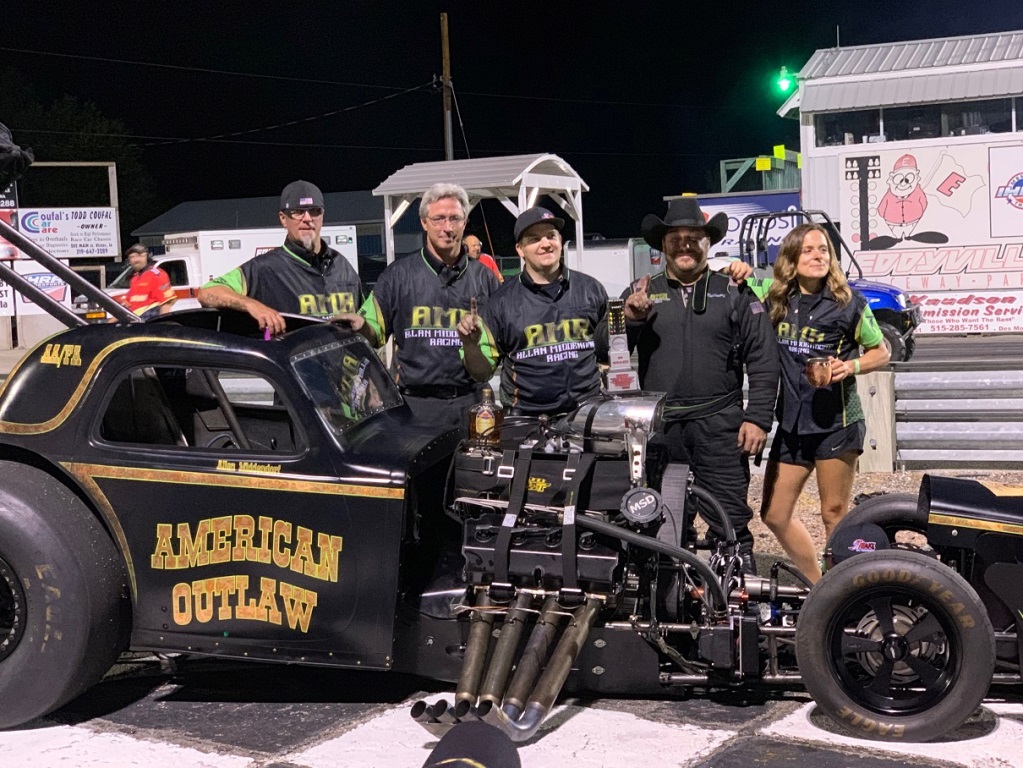 LINK TO COMPETITION PLUS ARTICLE